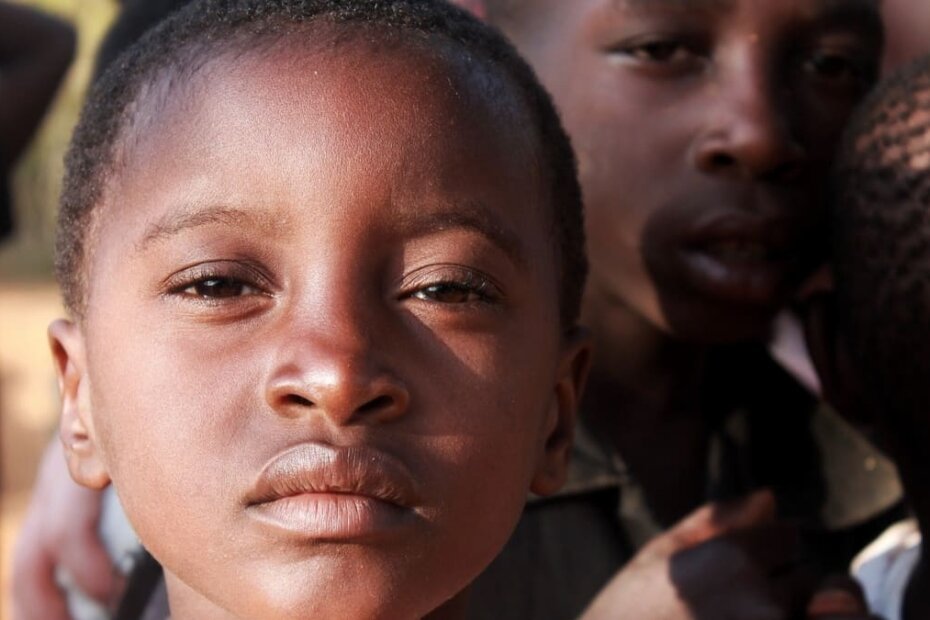 The top 10 poorest states in Nigeria have been curated using the latest data from the Nigerian Living Standards Survey (NLSS) report and the Poverty and Inequality report. Both released by the National Bureau of Statistics (NBS).

However, much work is still needed to be done. Some states have high poverty rates as a result of security challenges, poor governance, mismanagement of funds, depleting natural resources, etc.

In the Poverty and Inequality report, it was noted that over 82 million Nigerians live in poverty.

That is a high figure when compared with previous values. While the Nigerian Living Standards Survey (NLSS) report says about 40% of Nigerians are poor using the country’s standards.

This means that, on average, four out of ten Nigerians are poor. Examining both reports, we were able to determine the poorest states in Nigeria. Sokoto, Ebonyi, and Niger are some of the states that made the list.

In this article, we have listed the poorest states in Nigeria, using assets, literacy, income, employment, level of development in the state, access to basic amenities; health, education, security, etc.

The data from National Bureau of Statistics was also used.

According to the National Bureau of Statistics, the table below shows the poorest states in Nigeria:

Sokoto State is the poorest state in Nigeria according to the reports by NBS. The state has a poverty level of 87.7. This means that out of 100 persons in Sokoto, 87 are poor. It is a harsh reality of things.

The climatic conditions of the state is not friendly to investors. Over time, this have been a problem to those relocating over there for business. The tempt can get as high as 45 °C (113.0 °F) on a very normal day.

Sokoto is one of the farthest states from the centre of Nigeria. It is located in the extreme northwestern part of the country. Rural settlements take a larger part of the state. As a result, more than 81% of the inhabitants are into various form of agriculture. Majority of the Sokoto’s inhabitants are farmers.

Due to the terrain of Sokoto, there is general dryness of the lands, and that limits the number of crops and vegetables that can grow. Majority of the farmers are into rice, beans, tomatoes, maize, and millet farms.

Taraba state is the second poorest state in Nigeria according to the reports by NBS. With a poverty level of 87.7, it is similar to Sokoto state.

Hence, the poverty experienced in both states are similar. The sad reality of the state is that there are low investments in the state. It has the lowest IGR in the country.

The state is located in the northeastern part of Nigeria. Being in the middle of Nigeria, travelers usually go through the state. Over the past year, the government obtained licenses for mining in small scale. With a total of 14 licenses, Taraba continues to explore its mining capacities.

There are four major rivers in Taraba, namely; Ibi, Donga, Benue and Donga rivers. Also, the state is fertile for agriculture. Farming is a common occupation there.

Coffee, cotton, cassava, groundnut, rice, yam and maize are mostly planted. Due to the low illiteracy rates, its inhabitants do not have many opportunities.

Jigawa State is a northwestern state that happens to be one of the poorest states in the country.

With a poverty level of 87, it is among also among the states with the lowest literacy. Out of 100 inhabitants in Jigawa, it is estimated that about 87 of them are poor.

Jigawa is mostly inhabited by Fulani and Hausa speaking people. It is one of the states formed from the old Kano State. On one side of the state, it shares a border with the Republic of Niger.

That provides an opportunity for trading between countries, which is under-utilised by the state. There is a free trade zone on Niger’s side of the border, the town of Maigatari.

If the government does this well, it would help in generating more revenue.

Ebonyi state is the only southeastern state that falls into the poorest states in Nigeria category. Ebonyi has a 79.8% poverty headcount.

This means that out of every 100 persons in the state, about 80 of them are poor. However, the high rate of poverty is due to bad governance and high illiteracy.

The previous government of the state has cases with the Economic and Financial Crimes Commission (EFCC). These corrupt officeholders are partly to be blamed for the poverty in the state. Some years back, Ebonyi local government accounts’ were frozen by the commission.

The major source of income in Ebonyi is farming. The government has tried to attract investors to enhance production in the state, but this hasn’t been forthcoming.

On the other hand, the state also has mineral resources. The state is involved in large scale mining. There are also speculations on the availability of crude oil.

Ebonyi is also commonly referred to as “the salt of the nation.” This is because of the presence of salt lakes in the state. One in Uburu and another in Okposi. There are a few tourist attractions, such as the Ikwo and Unwana beaches and Abakaliki Green Lake.

Adamawa state is another northeastern state that is among the poorest states in Nigeria. As a result of the incessant attack by Boko Haram (a jihadist militant group), the economy of Adamawa is crippling. The poverty level is 75.4%, which means that out of 100 persons, about 75 of them are poor.

Adamawa was formed from Gongola state (now extinct). The capital of the state, Yola, has been the focus of the government, while other areas left underdeveloped. Neglecting other parts of the states is one of the reasons the inhabitants find it hard to survive.

Like other northern states, the main source of livelihood is farming. The farmers are involved in farming both food crops and cash crops. The food crops include rice, maize, yam, etc.

While the cash crops include; groundnuts and cotton. The Fula is there are known to herd cattle, while some other villagers are involved in fishing in as a result of the close proximity to rivers.

Zamfara state has a poverty level of 74%, and that makes it one of the poorest states in Nigeria. Hence, out of 100 persons in the state, 74 of them happen to be poor. There is hunger in the state and as a result, there are diseases that plague the inhabitants.

Zamfara is one of the states in northwestern Nigeria. It was formed from the old Sokoto state in the mid-1990s, after years of struggle for autonomy. The majority of its inhabitants are into different forms of agriculture. Hence, the state slogan is “farming is our pride.”

Another problem of government in the state is the inability to properly tax the informal sector. And that is the busiest sector.

Yobe state is another poor state in the country. With a poverty level of 72.3, more than half of its occupants find it difficult to feed themselves. The state has the capacity to do well but hasn’t been properly structured.

The state is an agriculture centric one. Therefore, a majority of its inhabitants are farmers. Yobe has its capital at Damaturu, while the economic center is at Potiskum. Potiskum is one of the largest cattle markets in Nigeria, and Africa at large.

There are natural resources in Yobe, such as kaolin and gypsum. While it’s agricultural produce includes cotton, beans, groundnuts, etc. However, the overhead tax by the government has limited production in the state. There is also the problem of security, the government has to careful work on that to secure more investments.

Niger state is the largest state in Nigeria, yet it happens to be one of the poorest states. Niger has a poverty level of 66.1. Despite the several dams and tourist attractions, the state has a low IGR and GDP.

Niger state is in north-central Nigeria and it’s named after the River Niger. There are three dams in the state, namely; Shiroro dam, Zungeru dam, and Kainji dam. While the Jebba dam lies between Kwara and Niger state. However, the Kainji dam is the most popular of them all.

Some of the tourist attractions in the state are the Gurara falls – famous for its beauty, Kainji National park – one of the largest National park in the country. There is also the Kainji lake and two game reserves, namely; Zugurma Game Reserve and the Borgia Game reserve.

Gombe state is another state with a poor economy. It is one of the poorest states in Nigeria with a poverty level above 62.3. This is as a result of the insurgency in the state. The state has one of the lowest internal generated revenue in the country.

Gombe is a northeastern state that suffers from frequent attacks from terrorist groups. The state has a high agricultural potential, with several mineral resources. However, a lack of investment has been a problem.

Bauchi state was recently ranked as one of the poorest states in Nigeria. It has a poverty level of 61.5. It is difficult for the occupants of the state to get basic amenities that are needed for survival. There is also insurgency in the state, that it is sometimes referred to as a war zone.

There is also a high rate of death in the state. Many have run to neighbouring states because at times it is a choice between “leave now or stay and die.” Some years back, the government attributed the attacks of Boko Haram to the crippling economy.

For northeastern state, the majority of its inhabitants are farmers. However, the government has accrued a lot of debt. In order to improve the economy, the focus should be on boosting its IGR and modify its budgets.

The classification of the poorest states in Nigeria is based on the information released by the National Bureau of Statistics (NBS) in its Nigerian Living Standards Survey (NLSS) report and the Poverty and Inequality report.

However, our team of financial experts estimates that the poverty level in Nigeria is actually more than what is reported. The poverty line used by the NBS in calculating the average Nigerian expenses is ₦376.5, below ₦400. In reality, we know that is too little.

Well, if a poverty line of ₦500 per day is used, then the number of poor Nigerians would increase more than that available in NBS reports.

In Nigeria, wealth is not evenly distributed. It is reflected in the GPD, IGR, and total revenue of several Nigerian states. From the reports from NBS, out of 10 poorest states in Nigeria, 9 are northern states. While one is an eastern state.

The NBS reports also indicated that over 50% of the poverty in Nigeria is experienced by those in rural areas. Hopefully, in the future, the government of these states would work at changing the directions at which the states are heading.