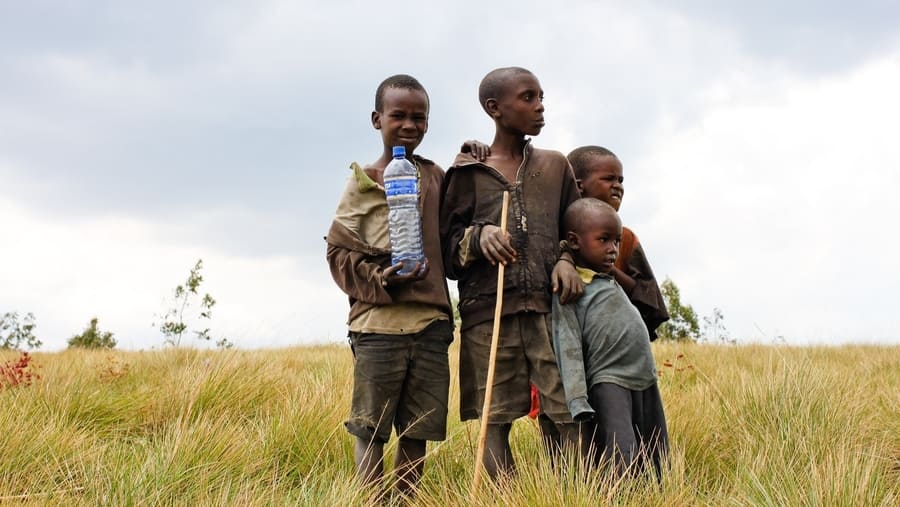 In this editorial, we will reveal ten poorest tribes in Nigeria. This is in response to the request of some readers. We entreat our audience to use the content available thereof for educational purposes only.

Before we proceed, let’s take a brief look at some terms used in this article.

What is Poverty line?

Poverty line, also known as poverty threshold and poverty level, is the minimum monetary level of income that is required to procure the basic necessities of life.

It is an official standard to ascertain the proportion of a population that cannot afford the basic necessities of life. By government standards, a person whose income falls below the poverty line is considered to be living in poverty.

The Poverty line in Nigeria

The World Bank stated that almost half the population of Nigeria is living below the international poverty line ($2 or ₦760 per day) in a 2018 report. The unemployment rate also peaked at 23.1%.

In 2020, the National Bureau of Statistics using a poverty line of $1 per day (₦380 per day) added that more than 40 percent of the total population in Nigeria lives in poverty. This means that out of every 10 persons in Nigeria 4 of them likely earn an income below $1 per day.

In other words, more than 82 million Nigerians live in poverty, as reported by the National Bureau of Statistics, which made it to Aljazeera‘s headlines on the 4th of May, 2020.

This could have been worse if Borno was added to the statistical data. However, the statistics office said it did not include Borno due to safety reasons. Entering the State to retrieve data would mean putting the lives of its staff at risk.

Borno has suffered greatly in the cold hands of terrorism. For over ten years, the State experienced the worst hits from Boko Haram. And its residents have been displaced from their homes while living in fear.

The World Bank’s analysis of poverty in Nigeria

In a report titled ‘Advancing social protection in a dynamic Nigeria,’ which was published on the 28th of January 2020, the World Bank described Nigeria as a country “experiencing high inequality along geographic lines, with poverty mostly concentrated in the North and in rural areas.”

It stated that the North accounts for 87% of all the people living in poverty in Nigeria. About 1.2 million Nigerians were rendered homeless due to natural disasters and terrorism in 2018 alone.

The World Bank identified some reasons for the high level of poverty in Nigeria. Conflicts, lack of basic infrastructure, weak governance, poor quality of education, and other culprits were identified.

An overview of the ethnic groups in Nigeria

It is important to note that Nigeria is a country with several natural endowments. However, as is common with many developing countries, Nigeria is also home to tribes with low economic privileges.

A significant number of the population in these tribes fall below the poverty line postulated by the National Bureau of Statistics in the country.

The Yorubas, Hausas, and Igbos are the major ethnic groups in Nigeria. Members of these ethnic groups can be found in virtually every city in the country.

Kindly note that the term ‘ethnic group’ will be used interchangeably with the word ‘tribe’ in this article.

Metric to ascertain the poorest tribes in Nigeria

According to the National Bureau of Statistics (NBS), the poorest states in Nigeria are Sokoto, Taraba, Jigawa, Ebonyi, Adamawa, Zamfara, Yobe, Niger, Gombe, and Bauchi.

With Sokoto, Taraba, and Jigawa having the largest population that falls below the national poverty line, ethnic groups peculiar to these states suffer more economic depression than others in the country.

Therefore, the poverty per headcount data given by the National Bureau of Statistics, together with the World Bank’s report on Nigeria’s poverty level published on the 28th of January, 2020, can be used to determine the poorest tribes in Nigeria.

A table depicting the poorest states in Nigeria is seen below.

Zerofy.ng proxies the poverty level of a tribe using the poverty headcount rate given by the National Bureau of Statistics as well as the recent report published by the World Bank.

Having explained these metrics, the poorest tribes in Nigeria are;

The above table shows the poorest Nigerian tribes, you might not be familiar with some of these tribes. This is largely due to some of them being minority ethnic groups in Nigeria.

Causes of poverty in Nigeria

To reduce the level of poverty in the country critical attention has to be given to these underlying issues. Even though there’s only so much the government can do, its role is pivotal in achieving low rates of poverty.

The Kanuri people are an African ethnic group that includes several subgroups. These subgroups include the Bari Bari, the Mangari, the Tumari, and the Bla Bla subgroups.

During the periods of the Bornu Empire, the Kanuri language was spoken across the empire. Today, the language is still dominant in northeastern Nigeria, the southeastern part of the Republic of Niger, and northern Cameroon, with a few speakers in the cities of Chad.

The Kanuri people have experienced some hardship in time past, which lead to the emergence of the Borno Youth Movement (BYM) in 1954. It was founded by an enthusiastic group of Kanuri people, but its presence gradually diminished after Nigeria gained its independence in 1960.

Elites of the Kanuri tribe

Do note that there are some wealthy members of this ethnic group and some even held political positions. For example, the former Nigerian Head of State, Sani Abacha, was a member of the Kanuri ethnic group.

That said, it would be erroneous to use a few elites to determine the income distribution of a given tribe. A more holistic approach is needed to arrive at an accurate conclusion.