The Complete list of Seaports in Nigeria and their Locations 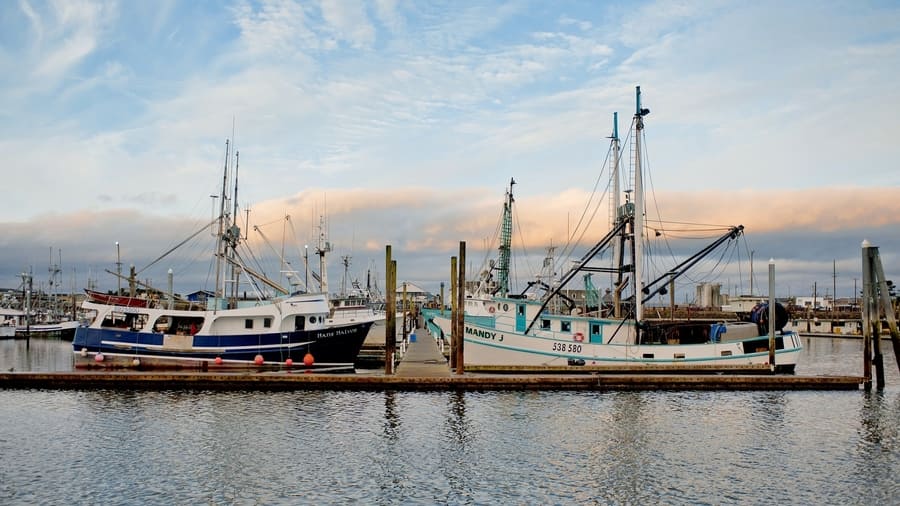 This is an extensive write-up on the list of seaports in Nigeria and their respective locations. They are responsible for a large portion of Nigeria’s export and import.

In Nigeria, there are currently 6 seaports with ongoing constructions in one. It is estimated that before 2025, the construction would have been completed.

The 6 major seaports in Nigeria are operated under the Nigerian Ports Authority (NPA). In order to improve Nigeria’s foreign exchange earnings, the utilisation of these ports is crucial. Also, these ports serve as tourist attractions for visitors as well.

These seaports are located in areas that provide shelter to boats, ships, vessels, etc. They give room for daily shipment into the country.

In local terms, this is a place where the “loading and unloading” of vessels happens. They are important spots in transporting people and goods from one place to another. More like a terminal for ships.

As a result of the long coastline in the Southern part of the country, the majority of the seaports are located there. Some of the southern states share a boundary with the Atlantic Ocean. The Atlantic trade has been of grave relevance since the founding of Nigeria.

Over the years, the Atlantic Ocean has served several purposes for Nigerians. It has been used for the exportation of Nigeria’s agricultural products, crude oil, and other mineral resources. Also, during the slave trade period, it was also a common route.

The Nigerian Port Authority (NPA) currently regulates six (6) seaports in Nigeria. There are two ports in Lagos, three in Rivers state and one in Delta state.

The Lagos Port Complex and Tin Can Island Port are in Lagos state, while the Calabar Port, Onne Port, and Rivers Port Complex are in Rivers state. Also, the Delta Port is in Delta state.

The seaport in Edo state is yet to be completed. However, in this article, we will give attention to the seaports in all (four) states mentioned above.

There are two seaports in Lagos state, namely; Lagos Port Complex and Tin Can Island Port.

The Lagos Port Complex is the largest and one of the oldest seaports in Nigeria. The port was established in 1914 and had been a major economic gateway to the country. It serves mostly Lagos and some western states in the country.

It is located in Apapa, Lagos state. It is also referred to as the Port of Lagos as a result of its might. The port covers about 200 hectares of land. Due to its location and capacity, it is one of the most used ports in Nigeria.

The Lagos Port Complex has a total of 28 berths used for 4 purposes. A berth is a location in the port that is used for “loading and unloading” vessels. There are 19 berths for general cargo, 6 berths for container handling, 2 berths for bulk cargo, and 1 berth for rolling operations.

This port has several facilities. One of which is its storage capacity. This port has silos that can store over 76,000 tonnes of grain. Silos are structures used for bulk materials. The silos in the port help in storing agricultural produce from the country before they are exported.

The Tin Can Island Port is also located in Apapa, Lagos. The port is a few kilometers from the center of the state.

This port was created as a part of decongesting the Lagos Port Complex when economic activities increased after the civil war. The creation of this port has helped Lagos state and Nigeria at large.

The storage capacity of this port is lower than that of the Lagos Port Complex. The silos available on Tin Can Island Port can store over 28,000 metric tonnes of grain. Fleetwood Transportation is in charge of transportation of the agricultural products.

There are three seaports in Rivers state. They include the Calabar Port, Onne Port, and Rivers Port Complex.

The Calabar Port is the oldest seaport in Nigeria. It is located in the heart of Cross River state. Calabar also serves as the capital of the state. The port has been in existence for a very long time, even before colonial times.

As one of the states were crude oil is found, the ports in Calabar have been used for exporting crude for many years. Some of the crude oil terminals are located at Yoho, Antan, Odudu, and QuaIboe.

The Calabar port is one of the major players in the oil and gas sector in Nigeria. Exporting crude oil is one of the ways Nigeria earns money, and this is one port that makes this possible.

This port is only a few kilometers away from the well-known Bonny River. The Onne port accounts for more than 60% of Nigeria’s cargo exports. The port covers over 2,500 hectares of land.

In the Onne Port, there are three private terminal operators, namely; Brawal Shipping Ltd, Intel Nig. Limited and West African Container Terminal (WACT). There are also major facilities that are owned by the federal government of Nigeria.

The Onne Port is one of the largest Oil and Gas Free Zone in the world. It was designated as a free zone by the Nigerian government. As a result, there are a hundred onshore and offshore companies that have licenses to work in this port. It helps to further enhance the production and exploration of crude oil in the country.

In this port, there are several other operations that are carried out. As a multi-purpose Cargo port, there are oil well equipment, general cargos, dry and wet cargos, containers, etc. There are also logistics services that are available for oil-related companies.

The Rivers Port Complex is one of the seaports in Nigeria. This seaport has an interesting story. It started in Rivers state as a single berth for the exportation of coal. After some years, it expanded to four berths for the import and export of mixed cargos. Currently, it is a multi-purpose port for dry, liquid and general cargo trades.

The port is located in Port Harcourt. Currently, there are only two terminal operators in the Rivers Port. They are namely BUA Ports and Terminal and Ports and Terminal Operators. This port is quite different from other seaports in Nigeria, the NNPC trades crude oil with it.

As the leading oil-producing state in Nigeria, a number of ports are needed to easily export crude oil produced.

The Delta Port is the only seaport in Delta state.

The Delta Port is found in Delta state. The port cuts across the ports in Sapele, Warri, Burutu, and the petroleum terminals in both Escravos and Forcados. It is also one of the seaports in the oil-producing states in Nigeria. Due to that factor, it is important to the country’s revenue.

There are 8 terminals in the Delta Port managed by 5 terminal operators. The terminals are five in Warri, one in KoKo, one in Sapele, and one in Burutu.

The Delta port still needs development. The port mostly relies on captive cargos. In the future, hopefully, it will be able to generate its own cargos.

The Gelegele seaport in Edo state is an ongoing project.

The Gelegele Port is located in the Ovia North Local Government Area of Edo State. The project was approved for construction by President Goodluck Jonathan in 2013. Although the present government has shown interest in the project, the work is still far from completion.

The government of Edo state has partnered with the China Harbour Engineering Company (CHEC) in order to further develop the Benin River Port in Gelegele, Edo state.

The completion of this port would help to further decongest the ports in Lagos State. It would also make it easier for the agricultural produce in Edo to be easily exported.

The seaports in Nigeria have aided trading and selling of Nigeria’s mineral resources and agricultural products overseas. While the Lagos Ports Complex is the busiest in the country, Rivers State is home to a majority of the seaports in Nigeria. Some of these seaports resulted in further developments of communities around them.

During the 1950s, the Lagos Port and Rivers Port (Port Harcourt) contributed so much to Nigeria’s export and import. Today, there are several others to share the bull of work with. When the Benin Port is completed, Nigeria would have 7 seaports. That would be an amazing feat.

How many international seaports are in Nigeria?

There are six seaports in Nigeria. Two ports in Lagos; Lagos Port Complex and Tin Can Island Port. Three ports in Rivers state; Calabar Port, Onne Port, and Rivers Port Complex. And the Delta Port in Delta state. However, there is an ongoing construction of the Benin Port in Edo state.