The Complete list of Oil Producing States in Nigeria (2020) 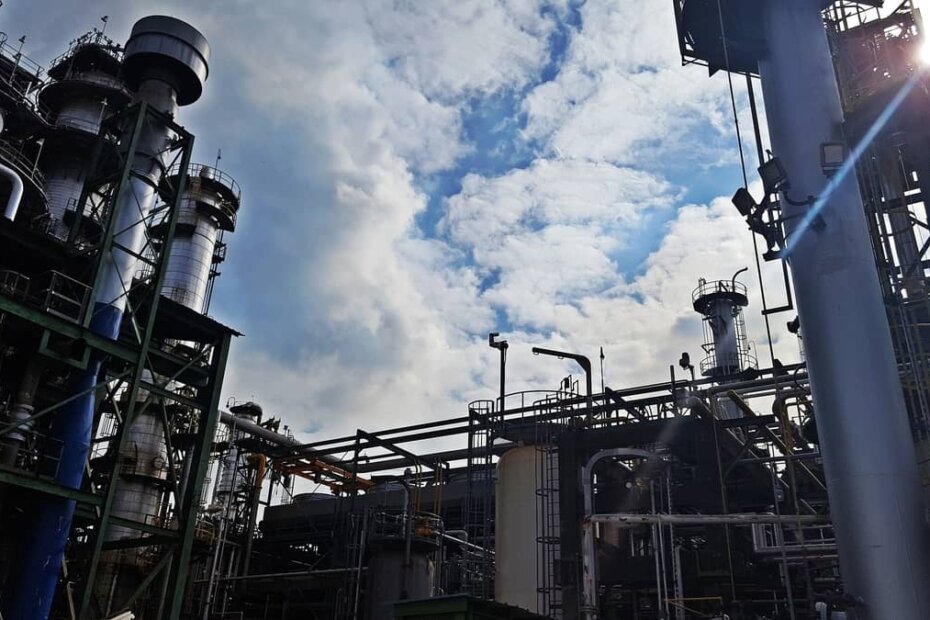 Would you like to know the oil-producing states in Nigeria? Then, worry no more. We have curated the most comprehensive list of states that produce oil in the country.

Nigeria is known to be one of the oil-producing countries in the world. It is not surprising that about 90% of its foreign exchange revenue is generated from the oil sector.

For that reason, there is usually panic when there are fluctuations in the price of oil at international levels. On average, the country produces over 2 million barrels of crude oil per day. In Africa, Nigeria is ranked number one in the production of oil.

With that position, one would wonder about the area of land where crude oil is found in the country. Well, crude oil is only processed in less than 10% of its geographical area.

Nigeria’s Bonny Light is a high-grade crude oil that is found in the Niger Delta basin. The oil was named after an island town and a Local Government Area in Rivers State. Rivers State is one of the states that makes up the Niger Delta region, which contributes significantly to the oil derived from oil-producing states in Nigeria.

The Niger Delta region is known to be the backbone of Nigeria’s crude oil. Surprisingly, it only covers a small part of the country.

Amongst the Niger Delta states on the list, Awka Ibom, Bayelsa, Delta, and Rivers contribute over 90% of the total crude oil produced. There are several other interesting facts about the production of crude oil in Nigeria that would be highlighted in this article.

Without further ado, here are the oil-producing states in Nigeria;

Abia state is one of the southeastern oil-producing states in Nigeria, with the state’s capital in Umuahia.

With 17 local government areas, the state is estimated to have over 4 million in population. About 40% of the state’s GDP comes from gas and crude oil production.

Abia State has over a hundred oil wells and three flow stations. On average, Abia state produces 35,000 barrels of crude oil a day. In the past, there have been concerns about poor funding despite the revenue it receives from oil revenue federal allocation.

The state also has other natural resources, such as fine sand, lead, limestone, zinc, etc.

Akwa Ibom is notably known as the highest gas and oil-producing state in Nigeria. About 30% of Nigeria’s total oil production comes from this state.

The state is estimated to have a population of four million. On a land area less than 10,000 km², it is densely populated. The capital of Awka Ibom is Uyo. This is one of the most stunning places to visit in Nigeria.

There are other interesting places you can visit in its over 30 local government areas. In Akwa Ibom; Annang, Ibibio, and Oron are the common ethnic groups in the region.

Crude oil is not the only natural resource you will find in this region. They are several other minerals, such as; coal, clay, glass sand, limestone, natural gas, nitrate, and salt.

Although it is the number one producer of crude oil in the country, bad governance has had a toll on its roads and other basic amenities. For many years, some of its communities have cried out.

Bayelsa is a top-tier oil-producing state in Nigeria. This state is responsible for about 18.01% of Nigeria’s oil. The state is also the home of Nigeria crude oil because it was the first state that oil was found.

In the mid-1950s, Shell Darcy found oil in a small community in Bayelsa called Oloibiri. Oloibiri is the first place in Nigeria that oil was discovered. The community is located at Ogbia local government area of the state.

The discovery of oil in that small town changed Nigeria forever. At that time, it brought investments into the country, oil exportation, tourism, etc.

The name of Nigeria’s crude, Bonny Light, is also derived from an Island in Bayelsa state. Some area of the state is covered with water. The common ethnic groups are Epie-Atissa, Izon, Ogbia, and Nembe.

Despite the presence of oil in the state, a majority of Bayelsans live in poverty.

Delta State is currently the second-highest oil-producing state in Nigeria. The state is estimated to account for about 21% of the country’s total crude oil. A huge quantity of oil is available in the state.

Delta State has a population of about 4.1 million with about 25 local government areas. Asaba is the capital of Delta state, while Warri serves as an economic center.

Interestingly, Warri has a higher population than Asaba. Also, you will find a petrochemical plant and refinery in Warri.

A majority of the state inhabitants are either from Isoko, Itsekiri, or Urhobo tribe.

Edo State is one of the oil-producing states in Nigeria. The state contributes about 2% to the national crude oil total.

There are over 200 oil wells in the state. These wells are operated by Addax Petroleum, Agip, Chevron Corporation and Royal Dutch Shell.

Some of the minerals in Edo are clay, fine sand, gold, granite, zinc, and iron ore.

Imo State is the second southeastern oil-producing state in Nigeria that is a producer of petroleum products. Although the quantity of crude oil in the state is not much, it does its best to contribute to the nation’s revenue.

It accounts for about 1.01% of the country’s total oil products. Majority of the oil in Imo state is found in Izombe. Izombe is a town in Njaba River basin, Oguta local government area.

The exploration of oil in the town started in the 1960s. The oil wells are operated by Addax Petroleum, Chevron Texaco, and Shell.

There are several natural resources in the state, which include: calcium carbonate, clay, fine sand, lead, natural gas, and zinc.

Lagos is another oil-producing state in Nigeria that is a producer of petroleum products. It was not until 2016 that the oil field in the state become operational. Since the early 1990s, exploration and investigations commenced in Lagos.

Oil was discovered in the Badagry region of the stage. Otherwise known as the Aje Oil Field. Hence, Lagos is among the oil-producing states. In the first year, DPR reported that the field produced close to a million barrels of crude.

The capital of Lagos State is Ikeja. That location is filled with the headquarters of many Nigerian companies. Lagos is amongst the most populated places in Nigeria. It has about 37 local government areas.

Ondo State is the second western state in Nigeria that yeilds crude oil products. The state contributes to about 3.5% of the nation’s total. Ilaje community contributes the bulk of oil production in the state.

Akure is the capital city of Ondo State. A very simple and lively city to live in. The state has about 2.5 million in population, with 19 Local Government Areas in total.

The natural resources you will find in Ondo state include bitumen, tar sands, etc.

However, the state still refines the most crude oil when compared to other states, this is vastly due to the number of refineries it has.

Port Harcourt is the capital of Rivers state. That was also the name of the individuals that founded the state. With about 5.1 million in population, it is one of the most populated states in the country.

Among the residents of the state are the Ikwerre, Kalabari, Okrika, and the Ubani people.

Rivers State has some natural resources because of its riverine nature. The state has two major oil refineries, two major seaports, airports, and various industrial estates spread across the land.

It is no news that oil is the primary source of revenue in Nigeria. Since the exploration in the early 1960s, Nigeria has relied heavily on its production capacity.

When the price of oil drops, it affects the country’s budget and every citizen feels the impact. The exploration and production of oil in the country has negatively affected several communities.

The Ogoni community contains a large wasteland as a result. Several resolutions to fix this in the past have been futile. This just happens to be the bitter side of the sweet looking apple.

What do you think of oil production in Nigeria? Would you like to see another state make it to the list?

Well, we look forward to your response. You can use the comment box below.