Top 10 Richest Musicians in Nigeria and their Net Worth (2020) 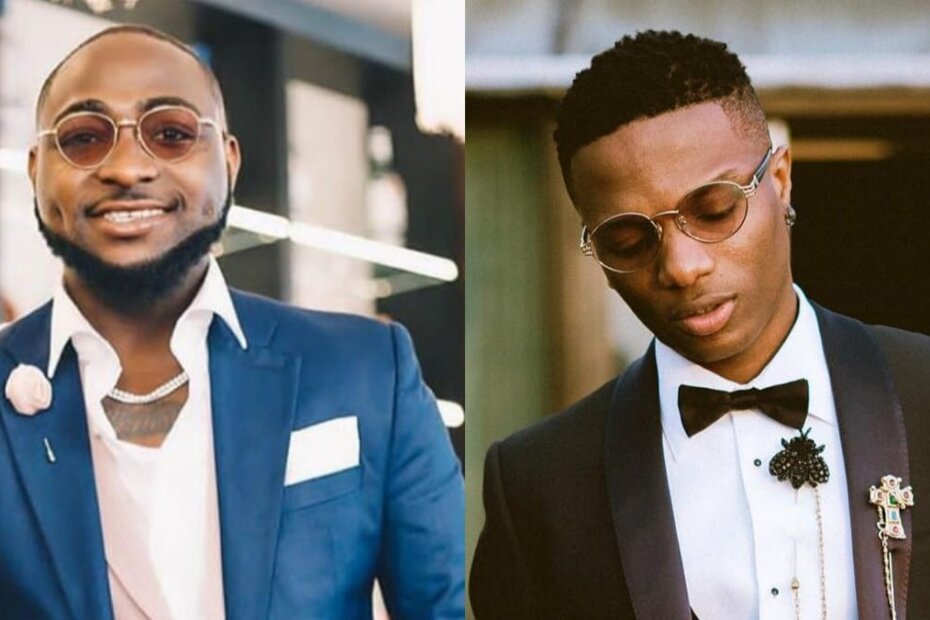 The top 10 richest musicians in Nigeria (2020) is listed in this article, based on their current net worth from all proceeds including contracts, deals, investments etc.

Therefore, if you were searching for the richest musician in Nigeria, you’ve finally found the exact information you’ve been looking for — a comprehensive list of the richest musicians in Nigeria. Additionally, we have also given salient reasons why these artistes got to their respective positions in this list.

In this bulletin, you will get to know the richest Nigerian musicians’ net worth based on Forbes ranking and how their net worth have changed since Forbes last evaluated their wealth.

How much do musicians earn in Nigeria?

It varies, depending on how large a record label or endorsement deal is and its frequency.

In a previous post, we explained how the wealthiest musicians make money in Nigeria, how they monetize their fame, converting it to streams, endorsement deals, investments, royalties, concerts, and more.

We also analysed how a musician can remain a top earner in the entertainment industry. There are a plethora of ways for the richest musicians in Nigeria to make money.

Before we proceed to the various net worth of the richest Nigerian musicians there is a point worth noting.

The net worth of an artiste isn’t a reflection of how much cash he has, but a valuation of tangible and intangible assets (cash inclusive) owned by these musicians, less liabilities.

Since most individuals in the entertainment industry prefer to live a lavish lifestyle, therefore, their assets or properties make up a significant amount of their net worth.

The top 10 richest musician in Nigeria are;

Note: The above net worth is derived from an independent estimation based on the valuation of properties owned by the aforementioned and other relevant financial information that could be gathered at the time collating this data for publication. This, however, is subject to interpretation.

These are the richest musicians in the entertainment industry in Nigeria. Furthermore, we’ve increased the scope of this list to cover more artiste in the country. Take a look at the profile we have on them below.

Davido, born November 21, 1992, is one of the most popular names in the Nigerian entertainment industry. He has achieved a lot in his music career. From selling out O2Arena to having a deal with Sony Music International.

Though born into a wealthy family, David Adeleke has a remarkable work ethic. Despite having wealthy politicians and investors as kin, David has grown to be an independent member of the family.

He is the founder and owner of Davido Music Worldwide (DMW), a record label that boasts of talented acts like Peruzzi, Dremo, Mayorkun, Yonda, and others.

In 2017, Davido made it to Forbes and was ranked the 8th richest musician in Africa. In 2020, Zerofy.ng estimates his net worth to a sum of $20 Million.
The superstar also has a vast international audience. His song “Fall” was certified gold in the U.S. and Canada during the second quarter of 2020.

Infinix Mobility, Pepsi, MTN Nigeria are amongst the brands that have endorsement deals with Davido. The “Dami Duro” crooner is a collector of luxurious cars.
There has also been chatter about David having political ambitions since he got his NYSC certificate.

Davido is currently the richest musician in Nigeria. He is also known to be philanthropic and has engaged in several charitable activities since his debut to the music scene.

Wizkid’s success is a spectacular grass to grace story. It buttresses how talent, hard work, and opportunity are key elements to attain success.

Ayodeji Balogun, born July 16, 1990, is amongst the richest musicians in Nigeria. He started his career with a musical band called Glorious Five. It was a small band with a few associates from young Ayodeji’s church.

His music is greatly influenced by Bob Marley, Fela Kuti, and King Sunny Ade. In 2009, Wizkid signed a label deal Empire Mates Music (E.M.E), afterward, he released his debut single “Holla at Your Boy,” which became a national anthem in the mouths of youths at the time.

He has also contributed to the success of his compatriots Maleek Berry, SARZ, Legendary Beatz, Mr. Eazi, Efya, and Terri. In 2013, Ayodeji Balogun set up his own record label “Starboy Entertainment.” He was later known as Starboy, for it later became his catchphrase.

In 2017, Wizkid made it to Forbes and was ranked the 7th richest musician in Africa. In June 2020, Zerofy.ng estimated his net worth to be $17 million.

Wizkid has had a couple of disputes with some notable personalities in the entertainment scene, including his former label mate Skales. Which is normal for someone as successful as he is.

Yeah, I know he isn’t exactly a musician. But you got to give the man some props since he has featured and has been featured in a couple of hit songs. Ladies can’t seem to get enough of his soft, soothing, low-pitched tone.

In view of the foregoing, it is appropriate to say that Don Jazzy is a musician even though he’s more of a record producer than a singer.

Don Jazzy, also known as Don Baba J, is the third richest musician in Nigeria. Some call him the Kanye West of the Nigerian music industry, due to his versatility. Don Jazzy has an estimated net worth of $14 million.

Collins is a talented record producer, hit-maker, songwriter, and an investor. However, his twitter fans wouldn’t be pleased with that description because brand influencer, philanthropy, down to earth, and comedic wasn’t mentioned.

Michael Collins Ajereh, born November 26, 1982, has been playing musical instruments since his early teens. Since then the hit-maker has added a host of accomplishments to his tally.

In 2017, Don Jazzy made it to Forbes and was ranked the 4th richest musician in Africa. Even so, he has estimated net worth has grown ever further ever since.

He is the co-founder and CEO of Mavin Records, which has because an institution of success for upcoming artistes. The record label has produced talented acts like Reekado Banks, Rema, Korede Bello, Dija, DNA, and lots more.

Don Jazzy, the wealthiest music producer in Africa, is largely known for his generosity. This has further strengthened his relationship with his fans. He regularly engages in giveaways via his social media platforms.

Fun fact: Don Jazzy once said he was a shy person earlier on. Also, he took a security gig at McDonald’s when he moved to the UK.

There’s no doubt that doubt is a born hustler. He’s is one of the few entertainment juggernauts that have diversified investments. Don Jazzy has investments in the entertainment industry, oil sector, tech, and lots more.

Jidenna is one of the richest musicians in Nigeria, and this has been corroborated by verified sources. The Nigerian American is a songwriter, rapper, actor, and musician.

The “Classic Man” crooner is widely known for his classic taste in fashion. He calls it a marriage of European and African dressing. He adopted this still after the death of his father in 2010. He calls it the dandy style.

However, after releasing the album “85 to Africa” in 2019, Jidenna took a more subtle approach to his dandy style.

His interest in music began was apparent while he was still in high school. He was born in Nigeria, but his family relocated to the States when Jidenna was still 6 years old.

His single “Classic Man” brought him to limelight in 2015. Jidenna has won several awards, and his hit song “Classic Man” (featuring Roman GianArthur) was nominated for Grammy Awards in 2016.

Jidenna has had music features with a lot of Nigeian and American artists, including Ice Prince Zamani and Kendrick Lamar, just to mention a few.

In 2017, his album “The Chief” rose to number 36 on the billboard’s top 200. In that same year, he made it to Forbes. He was ranked the 6th richest musician in Africa at the time.

Currently, Jidenna is the fourth richest musician in Nigerian with an estimated net worth of $7.5 million according to Zerofy.ng.

Paul Okoye, born November 18, 1981, is amongst the wealthiest musicians in the Nigerian entertainment industry.

Rudeboy and his brother Peter were once the richest African duo. Together they released hit-songs that kept wrecking the charts. It was horrifying to fans when the news of their breakup was first circulated, it still is.

In 2010, Paul Okoye and his brother were featured on Forbes. Currently, according to Zerofy.ng Paul has an estimated net worth of $7 million.

Under the defunct record label, Square Records, Rudeboy and Mr. P bagged over 17 awards from different parts of the world. Nevertheless, since they went solo, King Rudy hasn’t relented in his efforts to make good music.

Rudeboy has released a couple of hit-songs since he went solo, including “Reason with me,” “Audio Money,” as well as “Double trouble” where he featured Phyno and Olamide.

We use cookies on this site to enhance your viewing experience.Got it!Learn More