Home » Lifestyle » Richest Kings in Nigeria and Net Worth (2021)

Richest Kings in Nigeria and Net Worth (2021) 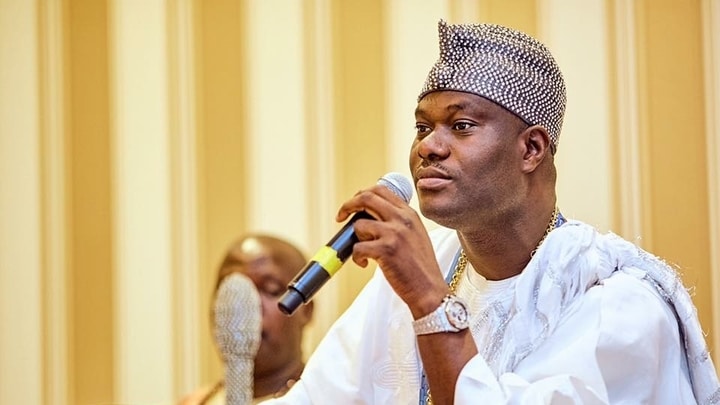 This is a review of the richest kings in Nigeria. You will find it interesting to see the monarchs that made it to our list. In Nigeria, traditional rulers have the respect of the people and strive to uphold their customs. The titles given to these kings were in existence before the formation of Nigeria.

Traditional leaders in Nigeria are usually apolitical and they use their influence to promote political unity. As a result of their position in their respective kingdoms, these kings are able to accrue wealth. There are traditional rulers that move with very long convoys when they are invited to special events.

Some rich traditional leaders have an ever-flowing money supply. They have investments and businesses in and outside the country. If you wonder if one king is richer than the other, then this article would put your mind at rest.

In order to examine the wealth of the kings in Nigeria, we will be talking about the positions they hold, their lifestyle and possessions, investments in real estate, and the oil sector.

Below is a comprehensive list of the richest traditional rulers in Nigeria:

Oba Frederick Obateru Akinruntan is the Olugbo of Ugbo. He is a traditional leader in a town in Ondo state. It is not surprising that Oba Obateru Akinrutan is the richest king in Nigeria. This is because he owns one of the largest private trading companies in the oil sector, Obat Petroleum. The petroleum company is reputable for its impacts in Africa.

When Forbes evaluated the monarchs in Nigeria, the Oba Obateru was named the richest monarch in Nigeria. He has an estimated net worth of about a hundred billion nairas.

The Olugbo of Ugbo kingdom is also known for his possessions. In his collection is the Bentley Mulsanne (2014 model) which is worth about a hundred and six million nairas. The Oba also owns a 2012 edition of the Rolls-Royce, which is said to be the Queen’s standard.

This is one monarch that makes it to the list of monarchs that own a Rolls-Royce. That is not your everyday car. It tells a person’s sense of luxury.

The Sultan of Sokoto is the 20th in line and was inaugurated as a monarch in 2006. This was shortly after the death of Sultan Miccado, the sultan before him. Before ascension to the throne, Sa’adu Abubakar served in the Nigerian military. As a result of his enthronement, he retired as a Brigadier General in the army and assume his throne.

As at the time of writing, Sa’adu Abubakar serves as a co-chair of the Nigerian Council of Traditional Rulers (NCTR).

The possessions of the sultan are worth hundreds of millions of dollars. In his collections is the 2017 edition of the Royce-Royce and a few other editions of luxury cars.

Lamido Sanusi Lamido is very popular as he served as the Governor of The Central Bank of Nigeria before he became the Emir of Kano. As a result, he has the fame, respect, recognition, and influence that comes with holding such a vital position. His experience in finance has also helped him in accumulating wealth with several opportunities.

About a year ago, Time Magazine listed Sanusi Lamido as one of the most influential people of the year. There are not so many traditional leaders that have influence the way he does. That is as a result of his involvement in the public and private sectors.

Sanusi Lamido has a net worth of over $95 million. He also has a number of landed properties and cars. There was controversy online when he bought the most recent Rolls-Royce some time back. His fleet of cars is worth several million dollars.

While serving as an Emir of Kano, Sanusi reportedly paid himself a monthly salary of 12 million nairas. In 2017, that sparked a media uproar into his expensive lifestyle. He also had problems with the government of the state, which to his demotion from his position as Emir.

Oba Adeyeye Ogunwusi is one of the most respected traditional leaders in the country. I’m the Yoruba land, the Ooni of Ife is given the utmost respect. Even while talking about him, they do so mildly.

The Oba serves as the Chancellor of the University of Nigeria, Nsukka, UNN. He is also a serial investor in the real estate industry. As an Oba, royalty is synonymous with wealth. He has a number of luxurious possessions.

The net worth of Oba Adeyeye Ogunwusi is estimated to be over $85 million nairas. Hence, he is indeed a rich king.

The Oba Ewuare the second, popularly known as Ogidigan, is the fifth richest king in Nigeria. He is the Oba of Benin kingdom, a kingdom with a rich historical background. The Oba was enthroned shortly after the death of his father, Oba Akenzua. He is the 40th Oba of the Ogiso dynasty.

Oba Ewuare is one of the most educated traditional rulers in Nigeria. He holds a Bachelor’s degree in Economics from the prestigious University of Wales, United Kingdom. And a Master’s degree from Rutgers University Graduate School, New Jersey, United States.

Before becoming the Oba of Benin, he served as a Nigerian ambassador to a number of countries. Hence, he is very exposed to the custom of people from different parts of the earth.

The palace of the Benin monarch is located at the city center is Benin city. The palace is very beautiful and a sight to behold. Recently, he began renovations around the Palace and contracted an Engineering company to construct a new fence.

The Oba is also very classy, he owns several properties and luxurious items. He owns a 2016 model of the Rolls-Royce, which is estimated to cost over N140 million.

The Oba of Benin has an estimated net worth of about $70 million.

The Obi of Onitsha is one of the most respected monarchs from the eastern part of Nigeria. The Obi served as the Managing Director of Shell Petroleum Development Company (SPDC) before he was coronated as an Obi. He currently serves as the Chancellor of Ahmadu Bello University (ABU), Zaria.

Obi Nnaemeka is very industrious and has accomplished a lot for himself. He is definitely one of the 10 richest kings in Nigeria. Like other traditional rulers, he lives a luxurious life. The Obi owns a Rolls-Royce worth millions of naira.

As a king, the Alaafin has a lot of material possessions, ranging from buildings to exotic cars. This is a man that loves classy rides. SUVs, a Toyota Land Cruiser, a limousine, and a Lexus GX 470 are the cars amongst the Alaafin’s fleet.

The Palace of the Alaafin is estimated to have about 200 buildings within it. Historical experts have classified the palace as indeed a historical monument that draws attention from around the globe.

The assets owned by Alaafin of Oyo is estimated to be worth over $50 million.

The Oba of Lagos is one of the most controversial traditional rulers in the country. However, this is not surprising as he has an L.L.B. from the University of Lagos. After completion of his education, he worked with the Nigerian Police Force (NPF) for 32 years before he was coronated. He retired as an Assistant Inspector General of the NPF.

The recently renovated Palace of the Oba, Iga Idunganran, is worth billions of naira and he owns several properties worth millions of naira. Oba Rilwan Babatunde Akiolu reportedly have affiliations with some political figure in his state.

The Olu of Warri, Godfrey Emiko, is remarkably one of the richest kings in Nigeria. At the time when there were several oil companies in Warri, it was assumed that he benefited from the industry.

The Olu is one of the few traditional leaders with a modest lifestyle. As a ruler, he is close to his people. He does not have lavish possessions to display his wealth, and his people enjoy his rule. Despite the Olu’s low profile, he is a very rich traditional leader.

Benjamin Ikenchuku Keagborekuzi the first is the traditional leader of the great people of Agbor. Agbo is a town in Delta state that is blessed with crude oil. The Obi of Agbor was crowned when he was barely 2 years old, as a result of the death of his father. He holds the Guinness World Record as one of the youngest traditional leaders.

The Obi of Agbor schooled in the United Kingdom where he acquired tertiary education. He currently serves as the Chancellor of the University of Ilorin. Still, he is regarded as one of the youngest chancellors in the country.

Obi Benjamin is also known for his opulence, he owns rides worth millions of naira. Amongst his fleet of cars is the 2015 edition of the Maybach Mercedes-Benz S550. Hence, the Obi is one of the richest kings in Nigeria.

The Richest Monarchs in Nigeria

Having discussed the richest traditional rulers in Nigeria, here is a table showing their net worth in dollars and nairas;

These are some of the richest kings in Nigeria. There are a lot of things they have in common, and I think having a deluxe car collection is one of those. These traditional rulers have Palace that has been in existence for many years.

Before the existence of modern-day Nigeria, the ancestors of some of these rulers actually reigned as monarch. However, since the establishment of rulership in the country, these monarchs are simply in high mobility in a way similar to that of old Europe. Hence, they do not have any political power.