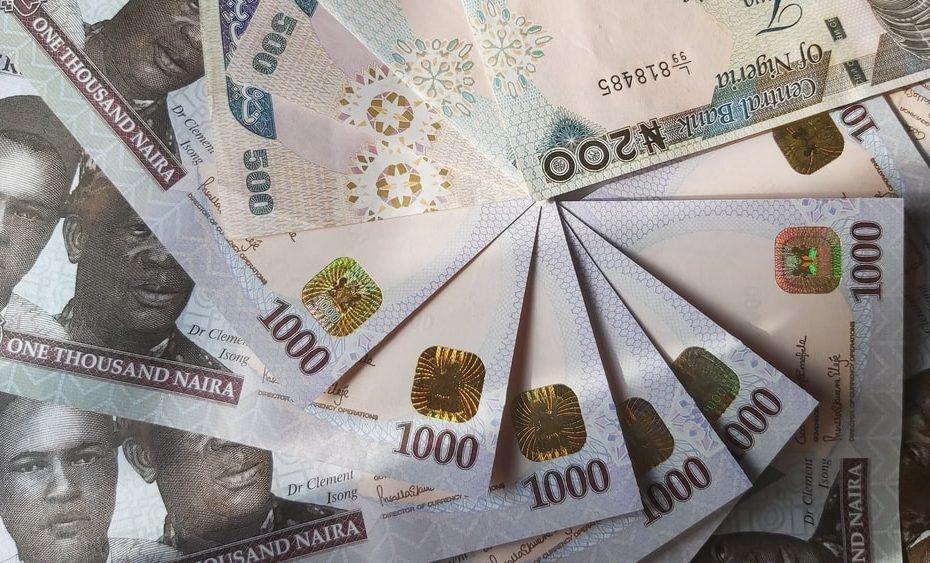 Naira Devaluation 2020: The Naira took a hit last week, as dollar scarcity crippled the market causing Naira to float between ₦420 to ₦460 per $1 at the black market.

The Naira is currently selling at ₦425 per $1 at the black market today. The black market rate remains 16% higher than the official rates which is pegged at ₦360.

Read
Most Profitable Businesses in Nigeria

However, Naira’s official rate has experienced the larger impact, with a spread of 17.8%. The official rate was adjusted from ₦305.5 to ₦360.

The devaluation of naira is not enough. Nigeria needs to improve the non-oil sector. The Crude Oil budget benchmark makes no sense to our economy anymore. Since Crude oil is only but a shell of what it used to be.

Nigeria will pay the price for ignoring other sectors which could have easily made this transition easier. Also, Dangote’s recommendation of ” Import substitution” is a fancy way to encourage border closure. That recommendation is more political than logical. After all, you need a healthy GDP per capita to implement such economic strategy.

Every perceived gain from the closed border are eroded already. It may be a good military strategy, but will still go down in history as the dumbest economic policy or strategy. A country with about 67% of its population living below $1 a day should be more focused on pragmatic economic policies.

According to Bloomberg, the true naira value without CBN’s protection is ₦600 to $1. Did I hear you say wow? Yes, wow! Anyway, we predict a gradual devaluation rather than suddenly dropping the value of the naira by about 50% overnight. In any case, brace for impact!

Read
How to start a real estate business

10/01/2020: For some time now, there have been rumours of naira devaluation in 2020. However, in United Capital Limited’s latest research released on Monday, 6th of January, 2020, titled “Nigeria Outlook 2020: A Different Playing Field,” they vaticinated that the CBN will rather bring into harmony the Investors’ & Exporters’ foreign exchange Window (also known as I&E) and official rates.

To preserve the reserves at decent levels, they expect the CBN to continue to support the naira at N360-N365 per $1 levels, by selling OMO bills to Foreign Portfolio Investors (FPIs).

At the current run rate, this can be sustained for another 7 to 9 months, holding other things constant. This adjustment may not affect the market rate by more than a spread of 2% to 5% to the official rate.

In simple terms, the analysts at United Capital believe that a currency devaluation would likely not occur in the next 6 months.

In 2019, the Central Bank of Nigeria (CBN) stated that it will continue to protect the value of naira at the currency market. The nation’s foreign reserves opened at $43.07 billion on the 1st of January, 2019, and closed at $38.6 billion in December, with a deficit of $4.48 billion.

The CBN governor, Godwin Emefiele, ascribed the steep decline to excessive dependence on crude oil for fiscal revenue and forex inflows. Since the economy were majorly affected by shocks in the oil market, the nation’s foreign reserve was used to augment the stability of naira.

Chief Executive Officer, Financial Derivatives Limited, Mr. Bismarck Rewane noted that the CBN would continue in its aggressive intervention at the foreign exchange market at the expense of external reserves. CBN would likely impose more forex restrictions instead of devaluing naira in the face of growing external imbalances, he added.

Similarly, researchers at FBNQuest noted that the currency market remains poised on the government’s top priorities. And the CBN’s foreign exchange (fx) reforms have improved fx liquidity and stability of the several exchange rates in operation.

In addition, FBNQuest believes that a more effective macro-environment strategy is needed. In order to continue to maintain exchange rate stability and attract more capital inflows.

In their latest bi-monthly update, FDC analysts mentioned that the continuous depreciation of the naira could be attributed to the absence of foreign exchange interventions by the CBN. I believe they are referring to the inadequacies of the current CBN interventions.

“Further depreciation of the naira is likely to occur in light of depleting external reserves. This could limit the CBN’s ability to intervene in the forex market…”

Sadly, a further depreciation of the naira would aggressively increase the prices of goods and services. Thus, reducing the value of individuals’ pockets.

Africa’s richest man, Aliko Dangote, plans to take office space in New York. In order to help diversify his investments and hedge the risk of currency fluctuations on his home continent.

“In Africa, you know we have issues of devaluation, so we want to really preserve some of the family’s wealth…”

The billionaire understands what naira devaluation means to his earnings. His $4 billion profit made in 2019 would easily have been $8 billion using foreign exchange rate prior to 2014.

Why is Dangote Moving Away from Naira?

What could possibly be the reason why Dangote have decided to make such drastic change at this point in time? It is a good move though, a delicate one at that.

Could he be acting on insider’s information? We honestly do not know. Time, indeed, will tell. On a side note, the US SEC will definitely dig deep into Dangote’s books to be sure he is clean.

It is common knowledge that CBN will devalue naira sooner or later. Since bleeding the reserve to keep naira afloat is not a sustainable solution.

The history of the naira shows that it has always depreciated since its inception. The minimum depreciation in any decade is 34%. Hence, an analyst once said, only a fool keeps all his wealth in naira.

From the history of Naira devaluation presented in the table above, betweeen 1991 and 2001 you lost 90% of your wealth by holding onto Naira. For those who don’t understand, this means you only have 10% of the value of whatever you used to have! Ten!

Bottom line is holding wealth in naira is a slippery path to poverty in your old age. Especially if those wealth are held in liquid form. Note that some form of investments accounts for inflation (i.e real estate).

What naira devaluation means for you

The devaluation of naira will create more pressure on individual’s income. Since the Nigerian economy is highly dependent on the currency market and the rate of naira.

Even with the implementation of minimum wage, any depreciation in the value of Naira will affect citizens’ pockets. Reason being that the prices of goods and services will skyrocket, especially imported goods.

More so, businesses and companies may be forced to downsize. A banker informed Zerofy.ng on the condition of anonymity that his financial institution is quietly downscaling its staff count. This is due to the implementation of reduced bank charges.

Now imagine how corporate bodies would react to naira devaluation. This can further worsen the level of unemployment and poverty the country is currently experiencing.

Thinking about the above possible outcome can be agonizing but living it would be worse. However, planning and making needed adjustments to hedge the risk can be helpful, and would ensure a smooth transition.